Rory McQueen has paid homage to some of the biggest names from hip hop history in this gruesomely graphic 30 card set.

The release sees Busta Rhymes, Easy E, Nas, The Beastie Boys and many more with a horror makeover.

The 30 musicians included were chosen for their huge contributions to hip hop but this was no mean feat, the list of rap monsters was huge and there is definitely scope for series 2, 3, 4, and on!

“I wanted the first set to include some real heavyweight legends, recognisable artists that we all know and love. Each have made a huge impact on the industry and that was the main criteria for my selection.

I did include a few UK Grime MCs to mix it up a bit, UK grime and hip hop scenes are absolutely thriving right now with an incomparable sound.

I would love to do a set of British Rap Monsters!”

Based in the United Kingdom, Rory McQueen is a multi-faceted, creative force.

Not only is he is a final artist at Topps, producing vibrant and unforgettable art for Garbage Pail Kids and Wacky Packages, he has over 10 years experience lecturing design disciplines and has been a creative consultant for brands such as Mattel and Cartoon Network!

Rory has a passion for music and was inspired at an early age by hip-hop culture, this paired with his love of art and bold, graphic imagery meant it was a no brainer that he produced our ‘Monsters Of Rap’ set. 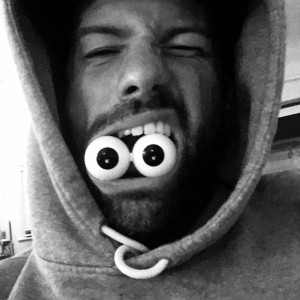 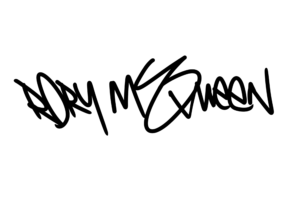